Congratulations to Aedin Moloney and the cast, playwright, and production crew on A Most Dangerous Woman currently playing at The Shakespeare Theatre of NJ.  STUNNING Reviews..... 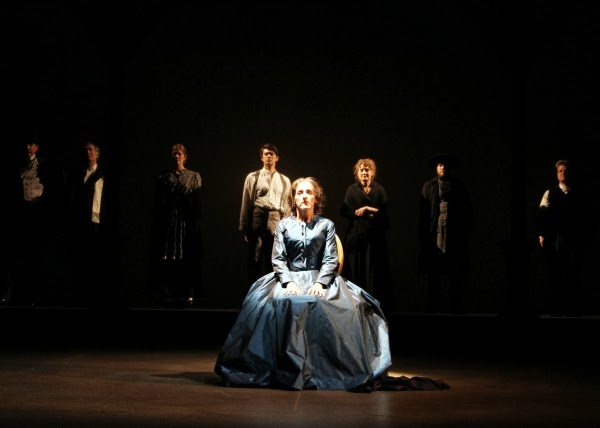 Aedin Moloney as George Eliot (with Ensemble cast) in the premiere of A Most Dangerous Woman by Cathy Tempelsman at The Shakespeare Theatre of New Jersey. September 18th - October 12th, 2013.
Photo by Gerry Goodstein