EVA THE CHASTE goes to Paris....

We are thrilled and humbled to be invited by Shakespeare and Company to perform Eva the Chaste in Paris. What a great honor! www.fallenangeltheatre.org

Set in the heart of Paris, on the left bank opposite Notre Dame, Shakespeare & Company is a latin quarter institution. Its founder, Sylvia Beach, published James Joyce's Ulysses when no one else would, and stocked D. H. Lawrence's Lady Chatterley's Lover, while it was still banned in England and the US. It has been a haven for writers from Ernest Hemingway to Anais Nin. http://www.shakespeareandcompany// 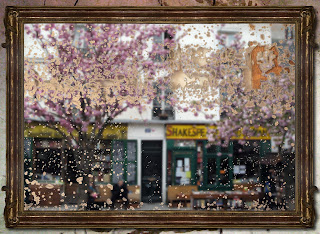