Airswimming by Charlotte Jones - The US Premiere 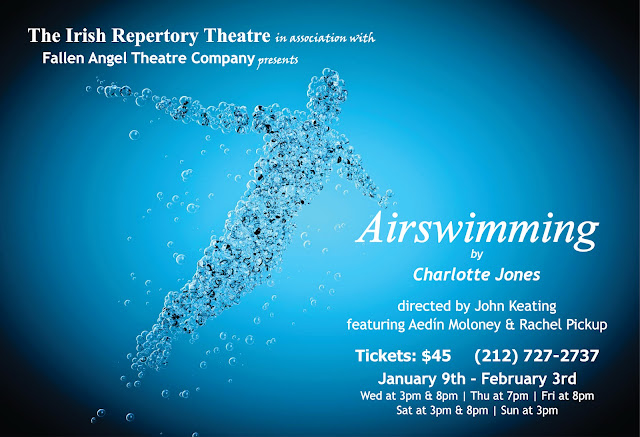 "The Structure and writing, clear and unsentimental, both trip the light fantastic - effortlessly gliding from the desperately funny to the desperately sad" - Guardian (UK)

All of us at Fallen Angel Theatre are honored and extremely lucky to have the incredibly talented John Keating direct the US premiere of Airswimming by Charlotte Jones. 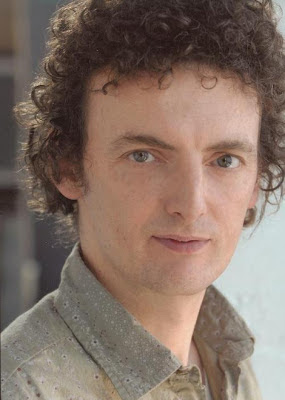 As an actor, John Keating's, New York Theatre includes – Theatre for a New Audience (Taming of the Shrew, The Broken Heart, Measure for Measure and Much Ado About Nothing - upcoming), Atlantic (The New York Idea), Mint (John Ferguson and Is Life Worth living?), Roundabout (Juno and The Paycock), Talking Band (Belize) La Mama (The Cat and the Moon), Irish Rep (11 productions, including Aristocrats and Around the World in 80 Days), Irish Arts (5 shows, most recently the site specific Ladies and Gents). Many leading regional theatres, including A.C.T., McCarter, Old Globe, World premiere of Raw Boys at Wilma (Barrymore nomination – Lead Actor), Westport Playhouse, Hartford Stage, Two River, Cincinnati Playhouse and others. TELEVISION: Recurring in HBO’s Boardwalk Empire, Role of Pickering in HBO miniseries John Adams, Lipstick Jungle, Nurse Jackie, Law and Order SVU. FILM: Upcoming films in 2013 include The Lone Ranger, Girlrillaz, Something Whispered. 70 audiobook narrations (5 Earphone awards/Audie nomination). He is delighted to be part of Fallen Angel and proud to be back at the Irish Rep again. He has directed all three of Fallen Angel’s full productions – Eva the Chaste, Talent, Cell.

www.fallenangeltheatre.org
Posted by Unknown at 7:42 AM No comments:

The US Premiere of Airswimming by Charlotte Jones

Fallen Angel Theatre Company are very pleased to announce we will be working in association with the renowned
Irish Repertory Theatre
to present the US premiere of Airswimming by Charlotte Jones.
www.irishrep.org
www.fallenangeltheatre.org Posted by Unknown at 9:32 AM No comments: